For as long as I’ve been doing Salesforce Administration work I've always tried to figure out how can I make my two favorite things, Salesforce and Makeup work together. I was never sure what that meant, but I always thought it would be cool if I could introduce my makeup friends to Salesforce somehow and my Salesforce friends to the world of makeup.  I had pretty much resolved myself to the fact that my worlds would always have to remain separate and I would never find a way to incorporate makeup into Salesforce or Salesforce into makeup.

It was sometime in late January when my team and I started really looking at Salesforce1 and how our company could use it and what we would have to do to get our company and our org ready to use it.  We don’t have chatter on and I wanted to play with some things with publisher actions to see how things would work conceptually so I opened up a new developer edition org and started to build out a custom object and create some publisher actions.  I wanted to create something cool to test out the power of publisher actions and the power of Salesforce1.  At first I was starting to re-build my own org more declaratively but that would be so time consuming and challenging I wanted to start with something a bit simpler.  Maybe something that didn't have to do with my day job. I started to think of ideas that had to do with the Financial Services Industry but I wasn’t sure if I wanted to go that route.  I happened to be working from home and decided to take a break from ‘Salesforcing’ and go back to organizing my lip products by color and type.

As I was sitting on my bedroom floor sorting my lipsticks, lip glosses, lip pencils, lip primers and lip balms I was also entering information about these products into a google doc so I know what I have as far as product, what I thought of it and which skin tones/lip type it works best on.  It was so time consuming to do this.  I remember thinking “I wish they had an app for this”.  And BAM it hit me like a pile of bricks.  I could create something in Salesforce1 to track this information.  And there it was.  My longtime dream of combining Salesforce and Makeup was sitting right there in front of me and I didn’t even realize it.  I decided right then and there sitting on my bedroom floor surrounded by hundreds of lip products that I was going to try and build this app.  I wanted it to be more than just a place to track makeup products.  I had a flurry of ideas running through my head of how Salesforce1 could work for makeup artists, hair stylists, colorists, beauty bloggers/vloggers, salon owners and your average makeup/beauty consumer.

I wanted to run my idea by a few people so I reached out to a few friends in the beauty/makeup community that I know and asked if they wanted to grab cocktails over the weekend to talk about an idea I had.  I had cocktails with three of my friends; a makeup artist, a salon owner and a beauty blogger.  I told them of my idea and I explained Salesforce1 to them and showed them potentially how it could work.  All three of them thought it would be an incredible idea especially my friend who does blogging.  She tracks everything in notes on her iPhone and it’s not very organized or user friendly.

My friend who owned the Salon thought it could be awesome for different reasons.  Right now he has to have these large areas in his salon taken up with computers for scheduling and for looking up color cards and client history and they take up so much space.  His dream is remove the whole front desk and the ‘colorist console’ and replace it all with iPads/iPhones.  He asked me if I thought the app could do that.  My brain really started to wrap itself around this idea and I told him that I thought it could or at least I hope it will be able to!

My friend who is a makeup artist; we both are obsessed with Uber.  We take it all the time especially after a late night in the city and we always say why isn’t everything as simple as Uber.  Why can’t I push a button on my phone and everything be there in front of me less than 10 minutes?  We’ve spoken about this idea before the idea of having an app where someone is sitting at their desk at work and they decide they need their makeup or hair done.  They can open an app request a type of beauty service at a specified location and then someone picks up their request and does their hair, makeup or whatever service they requesting.

My friend, the salon owner turned to me and asked “So what are you going to call this thing?”  That was a good question, I originally thought of makeupforce, but this was so much more than that.  It involves the whole beauty world.  A light bulb went off in my head.  I turned to my friends and said “Beautyforce”.

I left my friends that night feeling more energized than ever about this idea.  The next day I jotted down everything I wanted in this app.  The list was huge; two full pages back and front in a notebook.  I then decided this needed to be broken up into separate sub-apps that fulfill a different use case, but all centered around the same thing, beauty/makeup products and services.

Unfortunately for the past month or so I have been working 60 hour weeks at my day job, plus the Financial Services User Group, plus my blog, plus mentoring so sadly this app got put on the back-burner.

I resurrected it last week and started building it again and have a shell of what it would look like from the first “sub-app” which would be the one potentially used by both the beauty blogger/vlogger and regular consumer.

There is a lot of work still yet to be done on this app and a lot of it will need development to accomplish the overall vision I have.  I just don’t have enough hours in the day to accomplish this on my own.  For those of you who have helped me on the community so far you know that I’ve been working on this from the hours of 11 PM – 1 AM a few days per week as that is really the only free time I have.  If anyone would like to help me out with this let me know.  I’m completely open to partnering with someone from the community on this and sharing the overall vision of each app.

Here are a few screen shots: 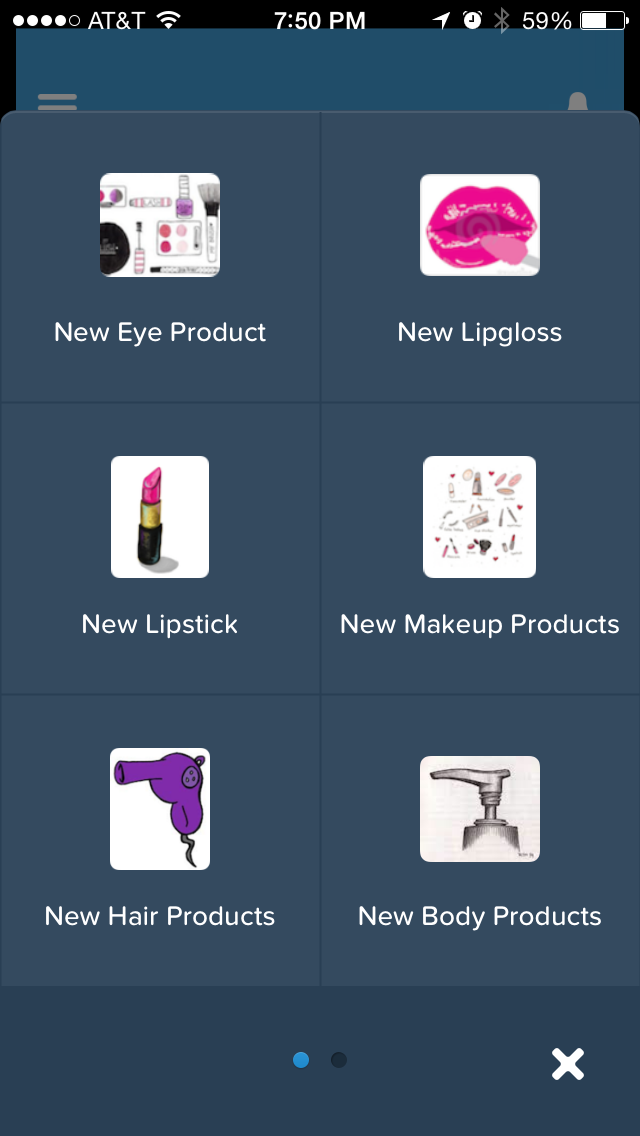 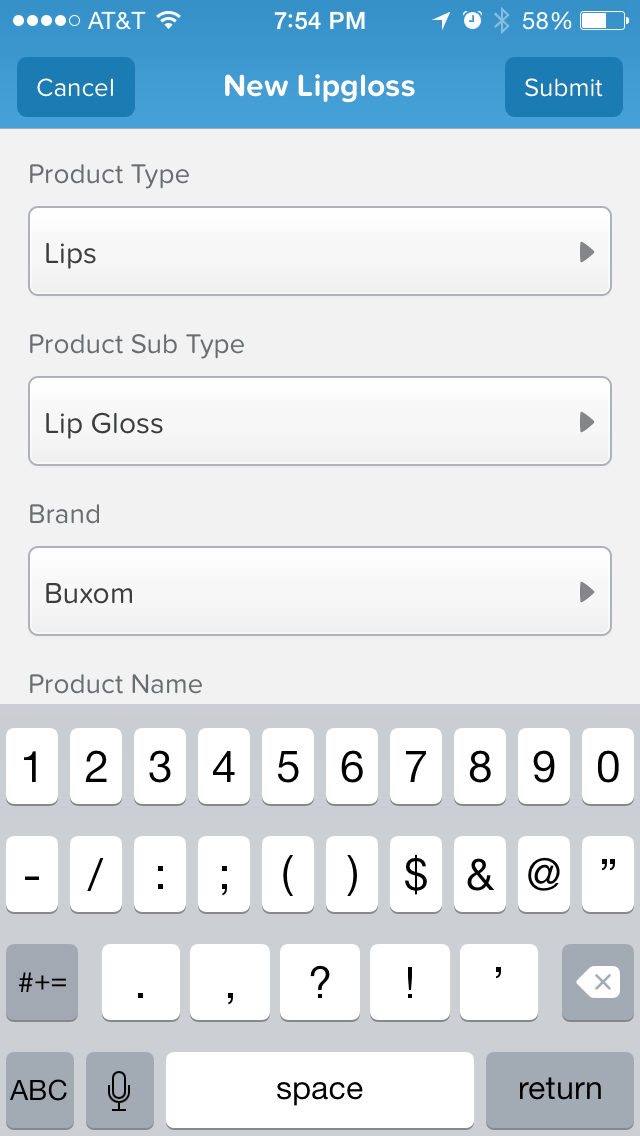 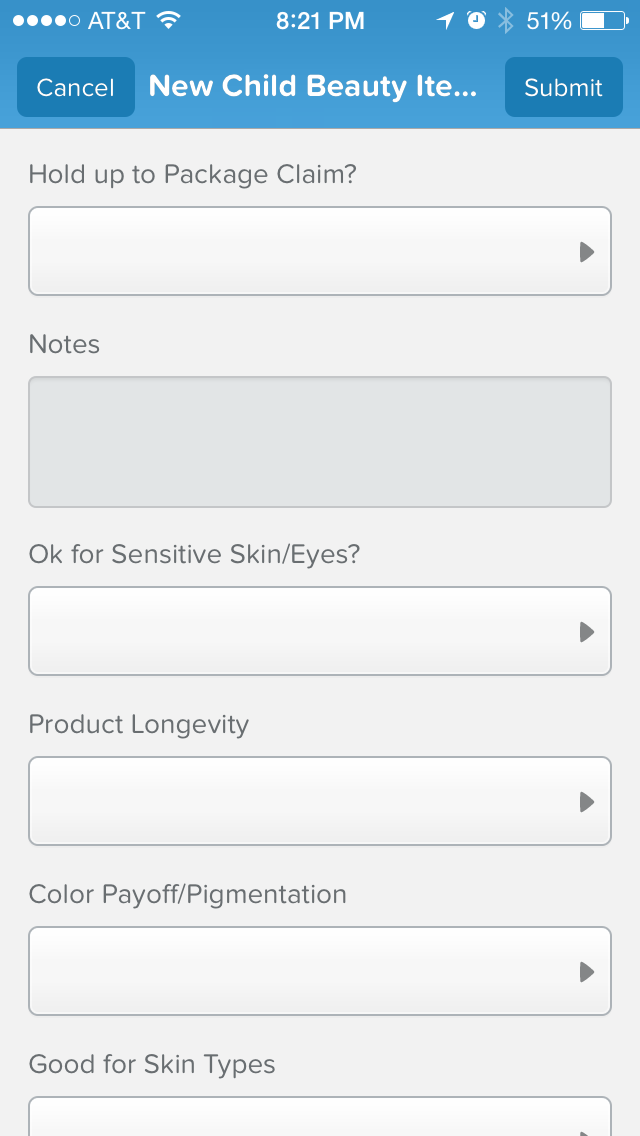 Anyway, I would love to know what all of you think of the overall idea and if anyone has built anything like this on Salesforce1.

As always, I appreciate you taking the time to read and share your thoughts.